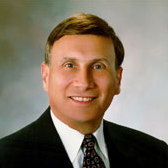 John L. Mica began his service to Florida’s 7th Congressional District in 1993.  He is currently in his seventh Term, and serves, among other posts, as Chair of the Aviation Subcommittee on the House Committee on Transportation and Infrastructure.

Rep. Mica is recognized as a national and Florida leader in transportation issues, and has led efforts to develop local and state transportation alternatives.  He has led a strong effort to initiate commuter rail service in Central Florida since 1993, including a Northwest Corridor proposal, a 1996 Tri-Rail Demonstration; a 1997 RegioSprinter Demonstration; a 2000 Central Florida Commuter Rail Project; and a 2002 I-4 Mitigation Service/Demonstration Project.  Rep. Mica was instrumental in securing federal funds for these, and other rail initiatives, including High Speed Rail, for the 7th District, and the state of Florida.

In addition to the above, Rep. Mica has been a strong supporter of Discretionary funds for the 7th District and Florida, and has hosted Florida Public Transportation Association’s Congressional visits and receptions in support of these funds.  As a result, Florida’s receipt of these funds has substantially increased.

Rep. Mica has been a consistently strong voice for Florida’s public transit systems in Congress, and has positively impacted state political and business leaders in his vision for increasing the role of transit in our state.