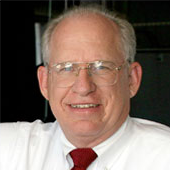 Kenneth P. Fischer’s has served the Florida Public Transportation Association in a number of ways.  He chaired numerous committees, was the FPTA Chair in 1991, as well as Vice-Chair and Secretary Treasurer in prior years.  But Ken’s greatest contribution to FPTA probably came in his ten year service as the Association’s representative to the board of the Florida Commission for the Transportation Disadvantaged.  In this capacity Ken superbly represented the interests of the FPTA and provided our membership with invaluable information and recommendations.

Ken came to Florida in 1981 by way of National City, California.  National City Transit is where he got his first taste of leading an organization as General Manager. Three years later, at the age of 26, he relocated to the Sunshine State. Armed with a degree in Urban Planning from Columbus State University, he moved to Volusia County and began an exceptional, 25 year career as VOTRAN’s General Manager.

By 1994, Ken successfully transitioned the responsibilities of the coordinated paratransit services from Volusia County Council on Aging to the public transit system. The transition required overcoming a myriad of issues: a fleet of paratransit vehicles that needed to be replaced; scheduling software that had not been yet implemented and contracts that required negotiation. Ken successfully navigated Votran through these issues and today the paratransit system is considered a model for transit agencies across the State of Florida.

Ken’s service to the public transportation industry has extended beyond those of FPTA.  “Highly competent”, “Trustworthy” and “Dependable”, just a few of the words used to describe Ken Fischer. These characteristics are what have made him a leader in the transportation industry and highly respected in the eyes of elected officials, business associates, employees and customers.  In his community service Ken served as president for two local Chambers of Commerce; as well as a board member for Florida’s Department of Children and Families, Health and Human Services Board, Rotary, and Crime Stoppers.

Ken’s dedication is obvious and was clearly demonstrated in the success of VOTRAN by winning numerous FTA Safety Awards; 2001 Driver of the Year Award; Marketing Awards; APTA Outstanding Achievement Award in 1993; Paratransit Operator of the Year and Scheduler of the Year awarded by the TD Commission in 2002. Many other such awards are a direct result of Ken Fischer’s leadership.

The Florida Public Transportation Association is proud to admit Mr. Ken Fischer into our 2006 Hall of Fame Class.