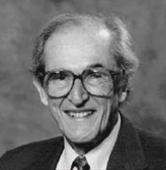 Senator Jack Gordon faithfully and enthusiastically served the Florida Senate for six terms from 1972 to 1992 where he chaired several committees. including Appropriations, Finance and Taxation, Ways and Means, Education, Health and Rehabilitative Services, and Transportation.  Senator Gordon was President Pro-Tempore from 1982 to 1984, and Senate Majority Leader from 1988 to 1990. During his twenty years in the Senate, he was honored as the Most Effective in Committee, the Most Effective in Debate, and the Most Effective in the Senate.

Senator Gordon was influential in the creation of Transit Block Grant program as he spearheaded the efforts to provide State Funding for transit operations in the Florida Senate.  Senator Gordon, as Senator Majority Leader, was instrumental in the passing of the first bill to allow transit operation funding in 1988.  That bill was subsequently vetoed by Governor Martinez.  Senator Gordon then led the efforts to include the Transit Block Grant in a budget proviso before permitting the sale of turnpike bonds.

As a Florida State Senator, he sponsored constitutional amendments ensuring the Right to Privacy and Homestead Exemption. In addition, Senator Gordon pushed for a state lottery to help finance education and shepherded the “Gordon Rule” to raise the level of writing for college students.

Prior to his election to the Senate in 1972, Gordon was a Miami-Dade County School Board member from 1961 to 1969 and professionally, Senator Gordon, along with former U.S. Senator Claude Pepper, founded Washington Federal Savings and Loan of Miami Beach in 1952. He served as the bank’s president from inception until the merger with First Nationwide Savings in 1981.

For Senator Gordon’s long term and sometimes singularly support of State Operating Assistance in the Florida Senate and most especially his efforts to create the Transit Block Grant program as Senate Majority Leader, we posthumously welcome former Senator Gordon to the Florida Public Transportation Association Hall of Fame, Class of 2010.