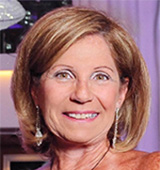 For 33 years, Lorraine Szyms served at high levels of various transit systems in both coasts of south Florida. She was the state’s first female Transit Director, serving in that capacity for Lee County Transit from 1982 to 1985 and helped pave the way for the many women who have gone on to serve as transit directors in Florida. Lorraine went on to work for larger agencies in southeast Florida, serving with distinction as the Assistant Director of Broward County Transit and Deputy Director of Palm Tran. Both agencies enjoyed tremendous success with her oversight and guidance in the development of grants and budgets, and in being responsible for all administrative programs. In addition, she was responsible for leading the incorporation of Hybrid-electric water taxis (using FDOT/FTA funds) that were integrated into the BCT system. She was awarded the “John Hart Award” for her work with the Ft. Lauderdale Downtown Development Authority for helping to establish the Sun Trolley which serves as the precursor to the future streetcar system “The WAVE” in Ft. Lauderdale. While at BCT, she also undertook the critical logistical groundwork in establishing FPTA’s summer conference which blossomed into the FPTA Professional Development Conference which continues to grow each year. Lorraine also was instrumental in setting up the initial documentation Tri Rail needed to get reimbursed from FDOT to create their offices and staffing in the late 1980s. Palm Beach County recognized Lorraine’s prowess by presenting her with the Golden Palm Award which is the highest level of recognition for an employee and work group accomplishments, in this case for her work with securing and administering federal and state transit grants.

While her contributions to four different transit systems were vital to their success, she was an important contributor to the Florida Public Transportation Association as well. She donated her time as Treasurer to the FPTA from 1990 through 2011, and then after her retirement from public service in May 2011, she was under contract with FPTA, assisting the agency with all financial transactions and other consulting duties. She served as the first Treasurer to the Florida Transit Association Finance Corporation (FTAFC) from 1996 through 2011 donating her time until after her retirement in May 2011 after which she continued to assist in guiding the program to financial success. Lorraine is still active with assisting transit agencies as the President of Szymtek LLC.

Her involvement and expertise in FPTA for over 30 years has been a key reason FPTA is financially sound and respected across the nation. Congratulations to Lorraine Szyms on being the 2015 FPTA Hall of Fame Inductee!