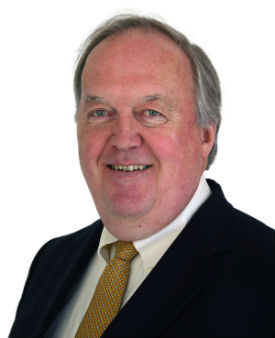 Jay Goodwill has dedicated his professional life to improving public transit in Florida.  Following three years as the Executive Director of the Sarasota/Manatee Metropolitan Planning Organization, Jay was appointed as the Executive Director of the Sarasota County Area Transit (SCAT) system in 1983, a position he held for two decades. During Jay’s tenure, the SCAT bus system won the American Public Transportation Association’s award for the Outstanding Small Bus System of the Year in 1997. Jay  guided SCAT to be the County’s Community Transportation Coordinator in addition to being its fixed route transit provider.  During his time as SCAT Director he oversaw the building of a new Operations and Maintenance headquarters facility for the agency as well as three major passenger transfer facilities including the successful restoration of the Venice Train Depot.  Jay served with distinction in all the officer positions in FPTA, including President in 1990, and chaired many different committees that promote and recognize excellence in transit operations, maintenance, and marketing.

In addition to his outstanding leadership as the Director of SCAT for 20 years, Jay also contributed to the betterment of transit through his work as a faculty member at the USF Center for Urban Transportation Research.  He was the co-author of many Transit Development Plans for transit agencies around the state of Florida and served as a Co-Principal Investigator on 13 projects funded by the National Center for Transit Research at CUTR.  He made numerous presentations at APTA, TRB, FPTA, and CTD conferences to share information with other transit agencies and personnel.

Jay not only led SCAT to new heights and developed new industry knowledge during his time at CUTR, but was also a major contributor to professional development through his contributions to the FPTA.  While he was SCAT’s Director, he hosted two FPTA Annual Conferences and two mid-year workshops. His agency hosted the Florida RTAP Paratransit Roadeo in the mid-1990’s.  While at CUTR, he assisted the FPTA Executive Director with the FPTA Annual Conference planning and logistics from 2003 to 2012.  Jay was the Co-developer of the inaugural 2008 FPTA System of the Year Award program and served as the committee chair from 2008 through 2014.  In addition, he assisted with the program development of the FPTA/FDOT/CUTR Professional Development Workshop (PDW) from 2002 to 2013 and starting in 2014, acted as the primary PDW Coordinator – including the development of the workshop agenda and handling the hotel logistics and registration process.  In short, Jay was a force for good for the betterment of transit.   FPTA is forever grateful for his unselfish and generous nature that for over 33 years touched the lives of hundreds of his own employees and the passengers they served, and was vital to improving the skills of thousands of other transit employees throughout the state.