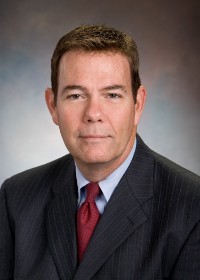 Steve Myers of LeeTran has received the 2018 Florida Public Transportation Association Hall of Fame Award. He is closing out 43 years in the public transit business, the last 18 of which have spent at LeeTran, in Fort Myers, Florida.

Steve Myers is a native of Indiana, raised in a rural area north of Indianapolis. He is a graduate of Indiana University Kelley School of Business with a Bachelor of Science degree in Business Finance.

Steve began his public transit career right after college, first as the Controller of a small transit authority in Indiana, where he was later appointed as the General Manager. He was hired by ATE Management & Service Co (currently First Group America), a private transit management company, where he worked for 17 years, taking on various assignments in finance, administration, & general management.

It is with honor that the 2018 Florida Public Transportation Association Hall of Fame is given to Steve Myers.