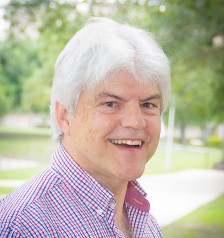 The Hall of Fame Inductee for 2020 is Rob Gregg. Rob retired from the Center for Urban Transportation Research after working in senior level positions at HART, LYNX, and Sacramento Regional Transit. Rob also served on the Central Florida Regional Planning Council as well as the MPOs of both Hillsborough County and Polk County. He has made significant and lasting contributions to the transit industry in Florida and in the nation during his 40 years in the public transportation community.

He played a significant role as the Senior Planner in the transition of the old Tampa Bus Lines to the Hillsborough Area Regional Transit Authority. He did the same in the transition of what was Tri County Transit to LYNX which then became one of the most creative and successful transit systems in the nation, winning APTA’s Outstanding System award twice during his tenure. While with HART he managed the creation of the Downtown Tampa Transitway and their major operating base. While with LYNX he was the program director for first downtown BRT system in the nation (“LYMO”) as well as the first major multimodal station and administrative headquarters. After serving as the Interim Director of LYNX he joined the Center for Urban Transportation Research where he worked with dozens of transit and paratransit systems, helping them adopt Transit Comprehensive Plans and Strategic Plans. In short, his fingerprints are all over the development of improved transit in the state of Florida.

In addition, Rob was a generous and positive contributor to numerous FPTA Professional Development Workshops and Annual Meetings, leading many very interesting special sessions on various ways to improve organizations and the skills of transit personnel for over 15 years. He also co-created and managed many of the “networks” established in partnership with FDOT and FPTA, including the Florida Transit Planning Network, the Florida Transit Marketing Network, and the Transit Safety and Operations Network. Rob approached everything he did with great spirit and always put the needs of others first. He did much more than what has been summarized here, but we believe these accomplishments as presented more than makes the case for the committee’s unanimous and enthusiastic nomination. He has been the most creative transit mind in the history of the state and thousands of transit personnel and millions of passengers continue to benefit from his contributions.